And We Stumbled Upon Yosemite 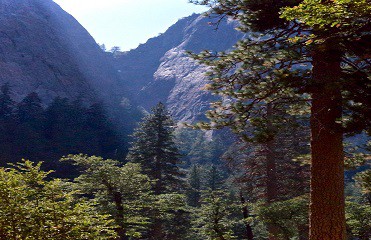 “Our happiest moments as tourists always seem to come when we stumble upon one thing
while in pursuit of something else.”
~Lawrence Block

PAU AND RICKY GOT MARRIED

We stumbled upon Yosemite when we went to California for the first time to attend the wedding of our adopted daughter Pau. She is the same daughter of ours who went with us to Aruba. She was getting married to Ricky who lives in from California.

WE STUMBLED UPON YOSEMITE

After the wedding, our other daughter Joni, asked if we wanted to go with them to Yosemite. I heard of Yosemite a while ago because of my interest in El Capitan, a mountain made of granite, a draw to photographers. It is in Yosemite. Without a second thought, Alicia and I said yes! Had we known how far Yosemite is from Vallejo and how stiff the cliff is going up there, perhaps, we would have had some second thought.

Yosemite is about 217 miles by car from Vallejo, Ca., site of the wedding. Most of the trip to Yosemite was uneventful until we approached the cliff going to Yosemite. The road is very narrow and nothing separates it from the edge of the towering cliffs. This frightening circumstance drove Alicia crazy. Her fears of heights and death brought her to tears.

THE CLIFF TO YOSEMITE TERRIFIED US

“Stay calm, otherwise I will be frightened myself and we’ll tumble down the cliff”,  I told her.  Every time an incoming car approached ours, we had to drive slower and sometimes even pull over to the very edge of the cliff to avoid it. This exacerbated our fears even more. We were in jubilation when we reached the end of it.
Siri, our i-Phone assistant is good with directions except when there is no connections. We’ve lost connections more than a couple of times on the way to Yosemite. In fact, we were only able to talk on the phone with Joni on our second day in Yosemite and we agreed to meet in Yosemite Valley where 90% of the tourists congregate. El Capitan is also there.

We felt lost on our first night in Yosemite. We stumbled upon a roadside hotel overlooking a  mountain on its front and  a stream on the back. We had a great breakfast in their restaurant which was fully-booked.

WE GOT INSTANT FRIENDS  AND GUIDE TO YOSEMITE AND BEYOND

We met Joni and her family in the very foot of El Capitan. With them were Joni’s friends Dong and Rachel who guided us for free in all our wanderings there up to Lake Tahoe where Alicia and I had booked previously.

Dong and Rachel led us to the Half-Dome, the Bridalveil Moraine, the Cathedral Rocks, and the Tunnel View. Each of these places we found amazing. El Capitan consumed most of my attention for its towering height, granite construction, and gargantuan mass. There were people climbing this vertical monster but they weren’t visible to the naked eye. They looked like ants in the binoculars.

On our way to Lake Tahoe, Dong and Rachel made it a point to let us stop on some scenic spots along the way. They pointed to us the Death Valley and other interesting spots which I can’t now recall. We remember though the mountains’ towering heights,  the tall trees, the green leaves, the smell of the pine trees, the visitors’ happy faces, the singing of the birds, the butterflies, the streams, and the lines of cars and buses.

Indeed, “…it’s not the destination. It’s the journey,” as Ralph Waldo Emerson said. That is why we talk so much about our travels. May our travel to Yosemite inspire you to do the same. Don’t count the cost. It’s nothing compared to the memories it brings.

And one thing more – while pursuing something as you’re traveling, allow yourself to stumble upon something else.   Thank you for reading.

85 thoughts on “And We Stumbled Upon Yosemite”