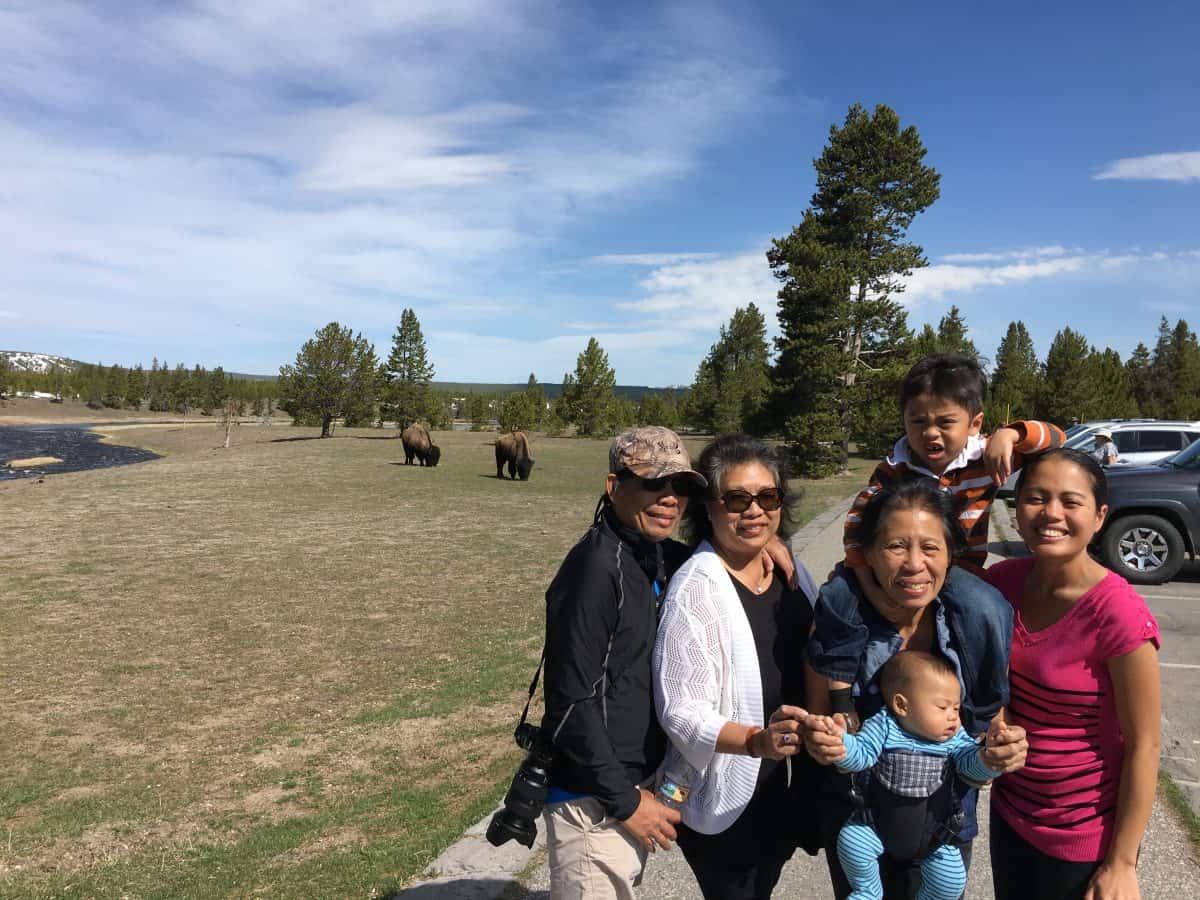 “The greatest moment in life is a departure into unknown lands.” :- ~Sir Richard Burton

Dancing with the bison in Yellowstone is Chef Pedro’s own adaptation of the title  of the movie “Dancing With TheWolves,” starring Kevin Costner which more than anything else had fueled his imagination for the bison and his desire to see them in their natural habitat.

Since then, he always wanted to meet a bison in person and his past vacation in Yellowstone had afforded him this opportunity. It happened when his adopted daughter Joni who has moved to Idaho, invited Chef Alicia and him to visit her family there. They live in Boise, Idaho about 5 hours and 53 minutes by car to the west entrance of Yellowstone National Park.

“Dad, don’t you worry, I will take care of your itinerary here,” Joni assured them. They didn’t know that part of the places she wanted them to visit was Yellowstone. After they stepped in Yellowstone and saw the realization of his life-long dream to see bison in person, he knew without a doubt, this has to be one of his best vacations ever.

Chef Pedro DANCES WITH THE BISON IN YELLOWSTONE

Their first encounter with this large, seemingly harmless mammal happened when they saw a couple grazing on the side of the road in Yellowstone. Mamu, Joni’s biological mom, was fearless like Chef Pedro who asked Chef Alicia to stop the van. The two stepped out of it and began walking towards the bison who continued to ignore them. Thankfully, they did because they could have done some serious damage to them.

Walking on the very land on which the American Indians of long ago must have walked, and gazing upon the same mountains and bison, and other animals which they did, filled Chef Pedro’s soul with so much gladness.

For reasons unknown to him, he felt drawn to these bison as he followed them like crazy with his camera. They continued to ignore his uninvited presence. He must warn the readers not to emulate what they did because they have read stories of others who were gorged by them.

On two occasions, they saw a group of bison crossing the street. All cars on the road had to stop. The bison had the right of way. It was a long wait for all of them. They did not mind waiting. It was an awesome sight.

THE VARIOUS ATTRACTIONS OF YELLOWSTONE

The last one occupies first place in The Traveling Chefs’  hearts. Joni said it’s her favorite spot, too. It is the largest hot spring in the US and the second largest in the world. Words aren’t enough to describe its rare beauty and  Chef Pedro’s camera was inadequate to capture its grandness and enchantment. You’ve got to be there to appreciate it.

Imagine being enveloped by colorful cloud of mist in red, orange, green and blue colors. The Grand Prismatic Spring discharges about 560 gallons per minute of these colorful water. It’s pretty special for Chef Pedro because of what he felt there.

He felt that his inner core was being caressed by colorful breeze coming from underneath the Earth. The place is magical, enchanted, even spiritual. To top it all, he was with some of the people he loves most in life.

They were in Yellowstone for only two days but it seemed like eternity. Sometimes when one finds himself or herself in an extremely beautiful place, it feels that time stops. It felt it did for him there.

Yellowstone is so vast and wonderful. It has so many attractions. It is no wonder it’s considered America’s greatest gift to the world when she made it its first national park.

Thanks to Joni for bringing them to Yellowstone notwithstanding the difficulty of bringing along her two very young children. We missed her husband Ping who had to fly to Japan on a job related matter.

This travel to Yellowstone is one of The Traveling Chefs’ greatest moments in life. It is a place which they wouldn’t have reached,  for on the way there, they were on the brink of a major accident.  But this is another story.

For deeper insights on The Traveling Chefs, please subscribe to their newsletter. 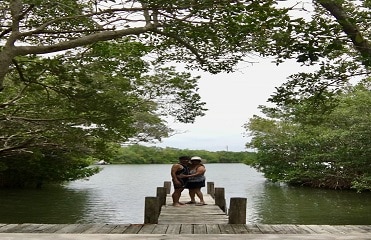